While a popular spot for both locals and tourists, Fly Bar & Restaurant is likely more famous as a sanctuary for generations of students attending the University of Padua.

The laid-back, informal attitude that made this place so popular all over its 15 years of life needed to be preserved, even once the venue itself underwent extensive renovation during the summer of 2017.

The same approach had to be taken into account once the property decided that the visual identity of its business needed to be freshened-up as well. The guidelines were strict and demanding: keep the original flair of the franchise intact; increase its appeal among the steadily-growing tourist market; strengthen its ties to the cultural heritage of the city, while keeping a modern, welcoming approach.

The creative direction took great care of those guidelines and in close cooperation with the client led to the development of a concept setting around three cornerstones: simplicity, authenticity and innovation.

A market research was commissioned on whether to introduce new dishes. As a result, the new menu underwent substantial changes, with more than 20% of the 300+ items being replaced: more notably, hamburgers were introduced, as well as new cocktails, while other items were removed. This had a significant impact on the kitchen set-up as well as on the supply chain.

The design followed the above-mentioned guidelines as well: a clean, minimal approach was chosen, with a focus on readability and an eye for a friendly yet elegant aesthetics. Subtle, minimal changes were brought to the well-established brand image, with most of the changes happening around it: a full-width illustration in pastel colors depicting a neutral, familiar scene of the city of Padua; sharp, realistic pictures of some of the flagship products; a set of over 80 custom doodles drawn to illustrate ingredients in an uplifting mood.

The result (the new visual identity as well as the new product line-up) has been widely appreciated by both regular and new customers and has allowed Fly Bar & Restaurant to confirm itself as one of the most popular spots in the city’s variegated food and beverage offer. 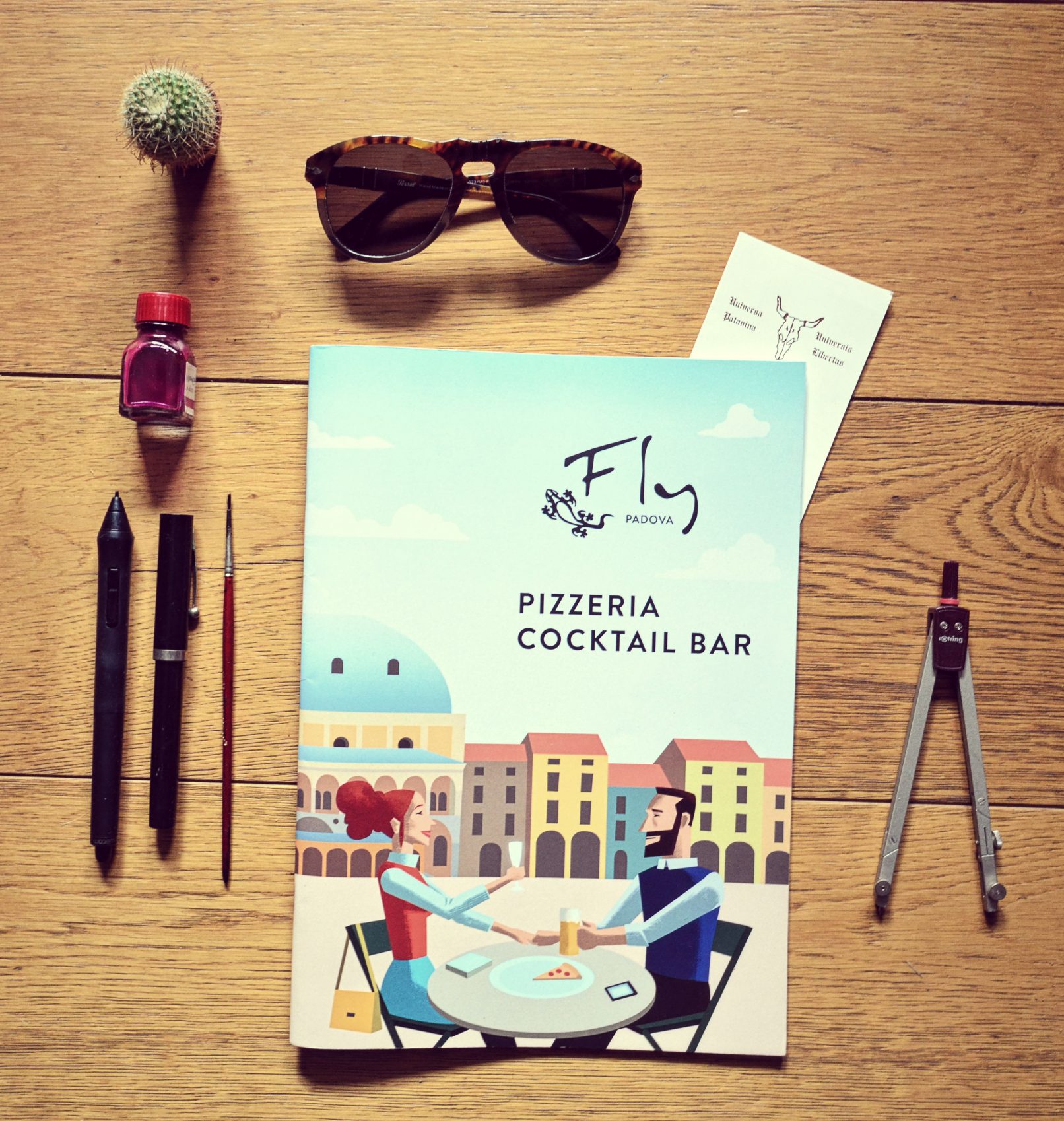 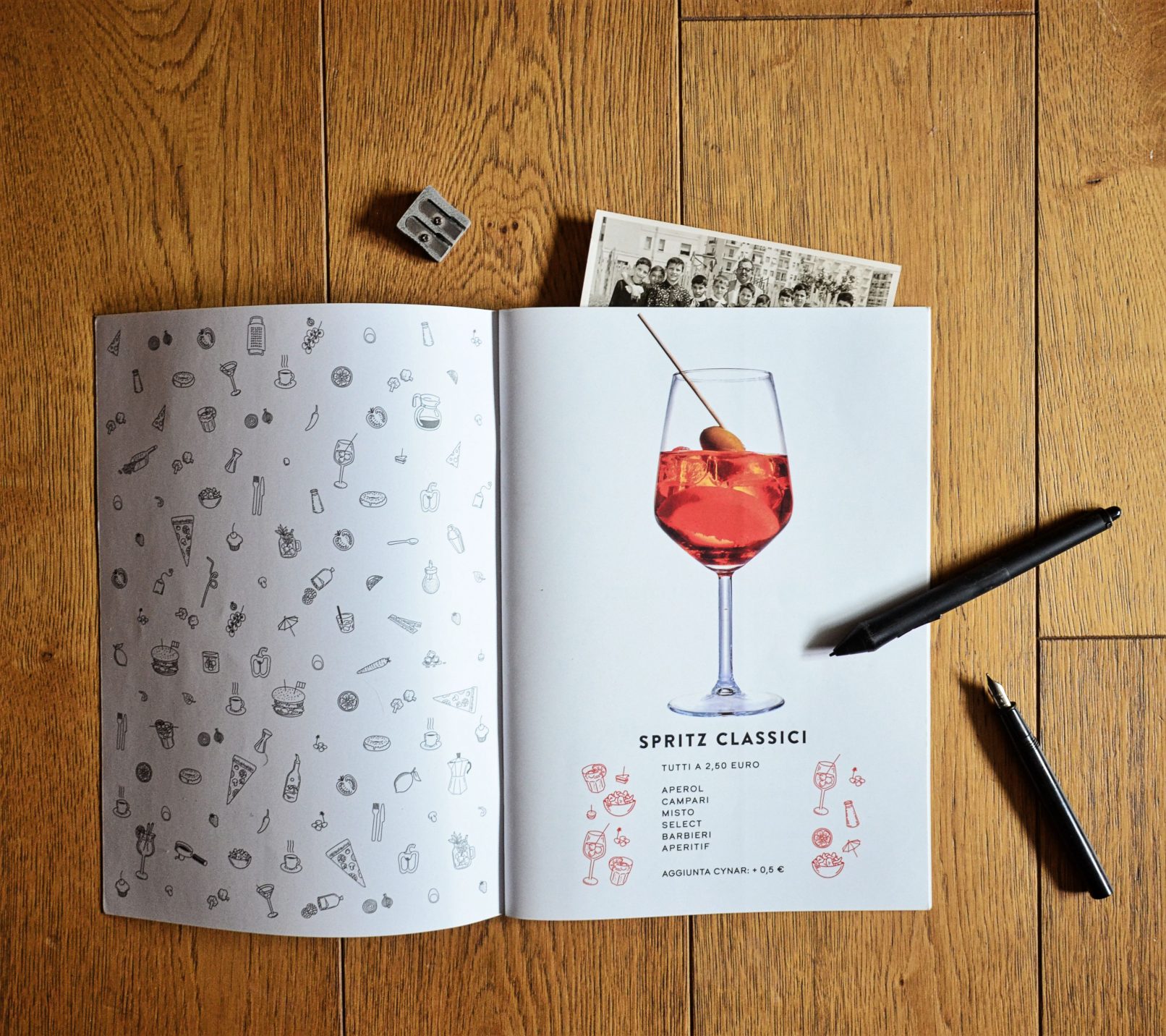